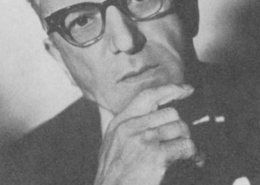 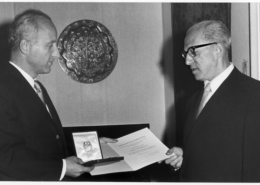 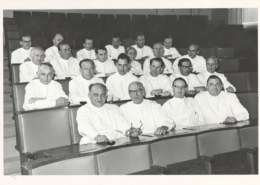 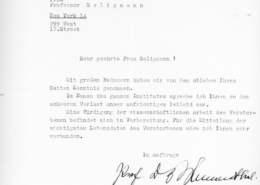 Georg Blumenthal (1888-1964), the son of a doctor, studied medicine at the universities of Berlin, Erlangen and Halle. In 1911 the 23-year-old medical trainee arrived at the Royal Prussian Institute for Infectious Diseases – as the present-day Robert Koch Institute (RKI) had been known since its establishment in 1891. Initially he worked for August von Wassermann (1866–1925) in the Serology department; Wassermann also oversaw his doctoral thesis “On the value assessment of stiff neck serum” (1913). After serving in the First World War as a medical officer, he returned in 1919 to the RKI, where he first worked as an assistant, and later as senior assistant in the Serology department. At the end of March 1933 he was forced, due to his Jewish descent, to leave the RKI. The post-doctoral thesis he had submitted to the Medical Faculty at the University of Berlin was rejected.

He worked in the years that followed as an ophthalmologist in private practice. As a result of having served in the war (“front-line combatant privilege”) and his marriage, in 1931, to Agnes Heinrich (1897–1973), a non-Jew, he was spared some of the Nazi persecution. When by 1938 all Jewish doctors had been stripped of their license to practise medicine, Georg Blumenthal was only able to treat Jewish patients in the role of a “Krankenbehandler” or treater of the sick. In early 1944 Mr and Mrs Blumenthal went into hiding; Georg hid until the end of the war in a summer house on the island of Maienwerder on Lake Tegel. In the summer of 1945 Blumenthal returned to the RKI and helped in rebuilding the institute. The Humboldt University endowed him in 1947 with a professorship. Blumenthal remained working at the RKI until he died at the age of 75 – far beyond the usual age of retirement. He was a co-founder of the professional journal “Blut” (blood, now published as Annals of Hematology) and was presented with various awards including the Robert Koch Badge and Germany’s Federal Cross of Merit. Fifty years after starting work at the RKI he was able, in 1961, to celebrate the Golden Jubilee of his affiliation with the institute. The couple, who had no children, made provision in their will for the establishment of the Georg and Agnes Blumenthal Foundation, which continues to fund serological research at the RKI to this day.