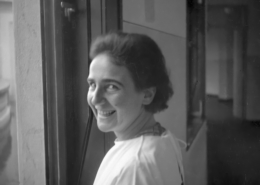 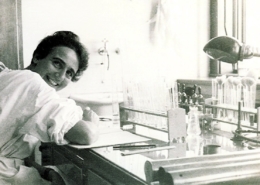 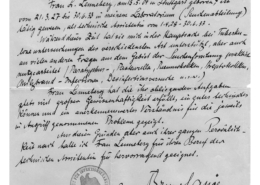 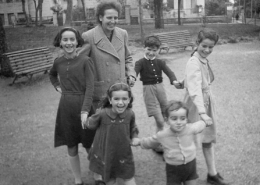 Liesbeth Lenneberg (1904-1976) was the daughter of the publisher Adolf Loewenstein and his wife Anna (née Kauffmann). In July 1923 at the age of 19 she married the book and antiques dealer Paul Lenneberg (1895–1923) in Berlin, but he succumbed in October of the same year to the tuberculosis he had contracted as a soldier during the First World War. The pathogen, which Robert Koch had unequivocally identified in 1882, subsequently determined the course of the young widow’s career. She trained as a biology laboratory assistant and in March 1927 took a job as a technical assistant with Bruno Lange (1885–1942) who headed the Epidemiology department at the Robert Koch Institute (RKI). According to a letter of recommendation written by Lange in May 1933, Liesbeth Lenneberg had assisted him especially in his research into tuberculosis, “as well as giving practical support on many other issues in the field of epidemiology.”

Being Jewish, she was forced in spring 1933 to leave the RKI, and she initially went to Paris, where she worked for a short time at the Institut Pasteur. In February 1935 she was offered a job at the institute in Rome named after Carlo Forlanini (1847–1918), the famous tuberculosis researcher. It was there that she met the man she would later marry, the Italian doctor Virgilio Maccone (1909–1978). After they married in 1937, she took Italian citizenship and gave birth to five children between 1939 and 1947. During the German occupation of Rome (September 1943 to June 1944) she had to hide with her children at the Forlanini hospital. After the war she looked after her family and ceased working outside the home. Liesbeth Maccone died at the age of 72.