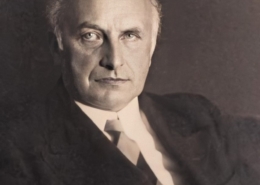 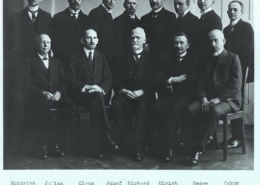 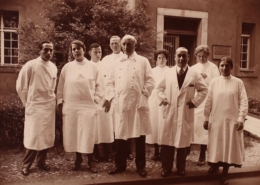 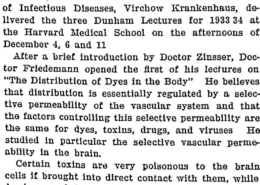 Ulrich Friedemann (1877-1949) came from a distinguished Berlin family. He pursued his study of medicine at the universities of Freiburg, Berlin and Heidelberg. As a young doctor, he worked for a time as assistant physician to Paul Ehrlich (1854–1915) in Frankfurt am Main. Having returned to Berlin, he was head of the Bacteriological department at the Institute of Hygiene of the University – first under Max Rubner (1854–1932), later under Carl Flügge (1847– 1923), the two successors to Robert Koch as professors of hygiene. Three years after being granted, in 1908, his post-doctoral qualification, he was appointed head of the Bacteriological department of the Municipal Hospital in Moabit (an inner suburb of Berlin).

In 1915 Ulrich Friedemann took over directorship of the Clinical department of the Robert Koch Institute (RKI) at the Rudolf Virchow Hospital, which was closely located to the new building of the Prussian Institute for Infectious Diseases (as the RKI was then known) that had been opened in 1900. As a part-time scientific member of the Institute, Friedemann carried out research into various infectious diseases including scarlet fever, diphtheria, smallpox and influenza. In 1927 he married the widow of his former RKI colleague Julius Morgenroth (1871–1924).

Due to his Jewish descent, Friedemann was dismissed from his position at the RKI as a result of the Law for the Restoration of the Professional Civil Service passed by the National Socialists in spring 1933. A few months later, his authorisation to teach at the Charité hospital was revoked along with his associate professorship at Berlin’s Friedrich Wilhelm University (today’s Humboldt University) which he had held since 1920. He thereupon emigrated to England with his wife in the autumn of 1933, where he was able to continue his research as a fellow of the Medical Research Council in London. He then received an invitation from Harvard Medical School to give a lecture in December 1934 in the prestigious “Dunham Lectures” series. Although he did then return to London, in 1936 he finally emigrated to the USA. In New York he worked as director of bacteriology at the Brooklyn Jewish Hospital and in a consultative role at the Kings County Hospital. He continued to engage in research and to publish his findings until his death at the age of 72.