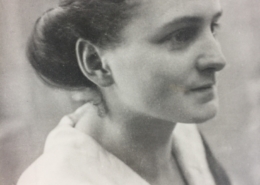 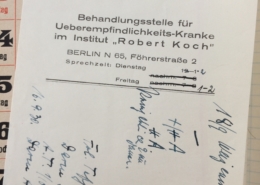 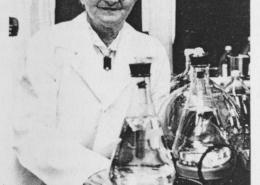 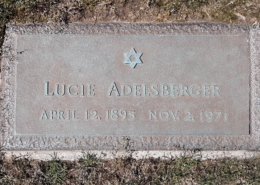 Lucie Adelsberger (1895-1971) spent her entire childhood and school life in her native city of Nuremberg [Nürnberg]. She studied medicine at the University of Erlangen from 1914 to 1919. In 1920 she received her license to practise medicine and wrote her doctoral thesis on “The digestive leukocytosis of infants”. In 1921 she moved to Berlin and initially worked as a junior doctor in various (children’s) hospitals. In 1925 she opened her own practice in the suburb of Wedding, working as a specialist for internal medicine and paediatrics focussing on allergies.

From November 1927 – in addition to her own practice work – Lucie Adelsberger worked at the Robert Koch Institute (RKI). She was one of very few women who undertook long-term research at the RKI during the Weimar Republic era. Together with the serologist Hans Munter (1895–1935) she was employed in the newly-founded monitoring centre for hypersensitive reactions. In subsequent years the two doctors were involved in a lively series of research projects and published many of their findings in the field of allergic diseases, while also expanding the monitoring centre into a counselling and treatment centre for affected patients.

In the spring of 1933 Lucie Adelsberger lost her job at the RKI; shortly afterwards her accreditation as a doctor for insured patients was also withdrawn. Despite having the offer of a job with the Faculty of Medicine at Harvard University, she remained with her mother, who was sick, and continued to treat her patients – even after the Nazis had revoked her license to practise medicine and she was then only allowed to call herself a “Krankenbehandler” or treater of the sick. In May 1943 she was deported to Auschwitz, where she was forced to work as a prisoner’s doctor in the gypsy and women’s camp at Birkenau. She was liberated shortly before the end of the war from an external camp of the Ravensbrück concentration camp. In 1946 Lucie Adelsberger emigrated to the USA. She worked in New York until her death as a doctor and cancer researcher. Her memoirs of Auschwitz are a moving testament to the Holocaust.