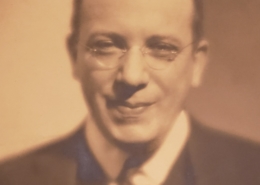 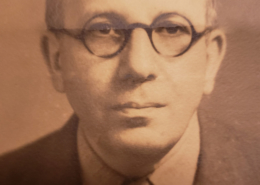 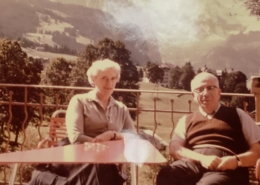 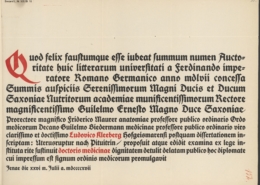 Ludwig (Siegfried) Kleeberg (1890-1964) was born in Hofgeismar in North Hesse, the son of Hermann Kleeberg and Paula (née Kuhn). After graduating from high school, he studied medicine at the universities of Munich and Freiburg. He then studied the clinical semesters in Berlin, Kiel and Heidelberg, where he passed the medical examination in August 1914 and received his licence to practise medicine. Appointed to the medical service during the First World War, he obtained his doctorate in 1917 with a dissertation submitted to the University of Jena on a case of “uterine rupture after pituitrin” [pituitary extract from cattle].

After the war, Ludwig Kleeberg trained in dermatology under Felix Pinkus (1868–1947) in Berlin and Josef Jadassohn (1863–1936) in Breslau. From 1923 he worked together with his teacher Pinkus in a shared dermatological practice in Berlin. At the same time, he worked as a doctor in various institutions and published research articles on skin and venereal diseases. In June 1924 he married Marta Sundheimer, and in 1925 and 1927 their two sons Hans and Fritz (Fred) were born. From March 1931, Ludwig Kleeberg worked in the Chemotherapy department of the Robert Koch Institute in addition to his practice. During the following two years he participated as a voluntary scientific assistant in studies on lymphogranuloma, a venereal disease caused by the bacterium Chlamydia trachomatis.

After the National Socialists came to power, Ludwig Kleeberg’s brother-in-law, who had already emigrated to England, advised him to leave the country as well. On 1 April 1933, he moved with his wife and two sons to Hilversum in the Netherlands – and thus forestalled his dismissal from the RKI. In June 1933, their son Hans died at the age of eight. Shortly afterwards, the family moved to London. After taking the necessary examinations, Ludwig Kleeberg ran a practice for skin and venereal diseases there from 1936 to 1940. After the outbreak of war, the family first fled to Mexico in 1940, before they were able to enter the USA in 1941. In New York, where the family lived from then on, Ludwig Kleeberg again worked as a dermatologist in private practice. He also obtained a position as lecturer and researcher at the New York Post-Graduate Medical School and Hospital. He died in New York City at the age of 74.